A Weekend In Slovenia

I recently had the chance to visit Slovenia, both for business and pleasure. We stayed in the beautiful city of Ljubljana, the capital of Slovenia and for those who don’t know, it’s filled with history and culture. With this in mind, it is also a very young city with plenty of nightlife and has one of the country’s largest universities. On our first day, we arrived late afternoon on the Sunday, it was the most beautiful day in sight. In contrast, the next day took a turn for the worst, you could really feel the temperature drop! In fact, it dropped to a low 4 degrees which meant that the pictures showed a very dull city overall, which was a shame! Nonetheless, after speaking with some of the locals we realised how proud they were of their history and culture, regardless of the weather. 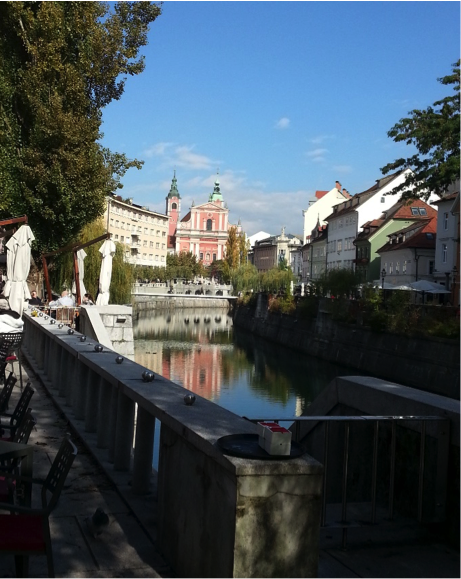 My favourite part of the city was along the canal, it was always busy regardless of the low temperature. It seems that it’s the culture of the nation to spend as much time outside as possible. All of the restaurants and cafes I came across, provided people with blankets to sit outside with. It certainly was nippy outside, but the amazing views made it well worthwhile!

Did you know, Ljubljana Old Town is classed as an island by the locals. All down to the fact that, there’s a river on one side and a canal on the other, all linked together by three bridges for which they are very fond of. I must say the canal is full of lovely places to eat and drink, it has the most beautiful views and a cosmopolitan atmosphere about it. If you look up from the town, the Ljubljana Castle overlooks the whole of the city and just adds to the history and the culture even more. 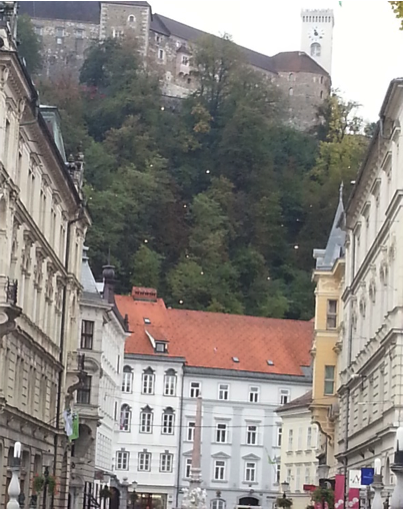 Ljubljana Old Town is paved with lots of local attractions and statues that sit in the very quant streets that are laid with the most beautiful tiles and paving. Which, to this day, they still repair in the old fashioned way, with no industrial tools whatsoever. As mentioned previously, the old town is overlooked by the Ljubljana Castle, an impressive landmark towering over the city to keep guard. The castle stands at an astonishing 375 metres in height, located on a hill.

The city is based around a square, the local post office and town hall are very traditional buildings based within the square and very much shows the history of the area. Not to be fooled by this, it is a very affluent area surrounded by lots of designer stores and fancy restaurants. Noticeably, the pathways were all paved with small stone blocks, famously laid by hand in most parts of the city. It appears that every where we looked, people were riding bikes and to our surprise, there were only limited areas within the city which cars were allowed to access. Very different to London!

The whole trip was just another amazing experience and eye-opener, from the locals to their culture and landmarks, it’s definitely a city I would return to in the warmer months for sure! 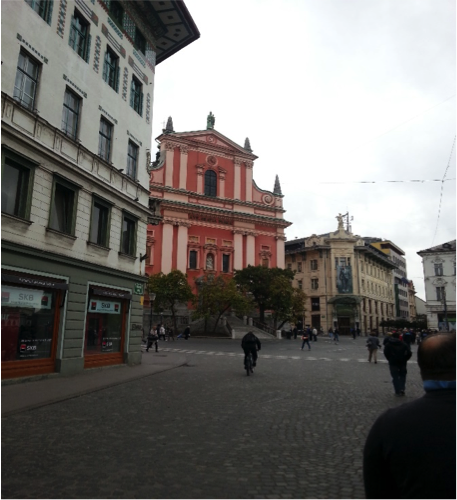 Find out about our latest offers and advice.
Sign up for news & promotions Keep up to date with the latest offers!
© Copyright UK Saw LTD T.A. Stone & Wood Shop 2015